AROUND THE WORLD IN EIGHTY PLAYS
This Talk has many anecdotes about the people, places and adventures encountered on my tours with theatre companies to forty-three different countries including three residencies in the Middle East, eight tours of the Indian sub-continent, and two circumnavigations of the globe. It has been recently been restructured as a promotional talk for my latest book SEARCHING FOR MY TAMBOURINE. Now starting with the first sighting of that elusive, inspirational ‘tambourine’ at a Greek village fete it is probably more suitable for Literary Festivals and Book Promotions than for general society meetings. 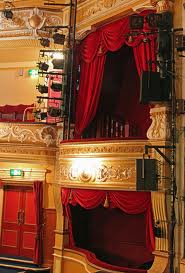 THE VIEW FROM THE WINGS

If you’re looking for backstage gossip then this is the one to go for. It’s developed from my experiences with everything from variety (Butlin’s Holiday Camps and the London Palladium) to the Royal Shakespeare Company, the National Theatre, Scottish Opera and Sadler’s Wells Ballet. The stage manager’s view from the prompt corner is very different to that from your comfortable seat in the stalls or circle. Reality theatre; no retakes. And as the review indicates - slightly saucy.
A very accomplished performance.  Sarum U3A.
Splendid Talk; everyone enjoyed it - including the naughty bits.    Bookham U3A.
If we had a cup for Speaker of the Year it would have your name on it.    Barnstaple Taw Probus.
Superbly entertaining. Midsomer Norton Probus.

With so many bookings coming in from Womens Groups and from Ladies Lunches it seemed logical to add a Talk of specific interest to the ladies. I have written a dozen stage scripts (nine produced so far, four of them published). Following comments that I didn’t write many good roles for ladies I staged a piece about the British women in India during the second half of the Raj. Called LETTERS FROM THE HEN HOUSE it was compiled mainly from letters, diaries and memoirs of the period. Six excellent roles for the ladies and only four men. Elements from that script together with some of the original research material form the basis of this talk.

WOMEN OF THE RAJ 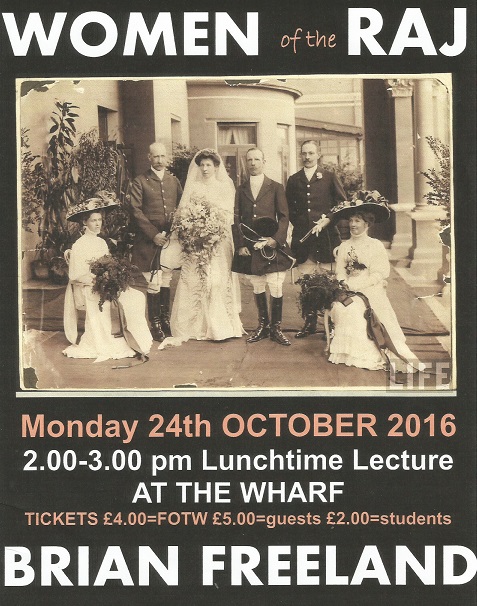 When the Colonial Administrators arrived to take over from the East India Company they were often accompanied by their wives: wives who spoke only English, who mixed only with other wives, and who couldn’t even communicate with their household staff. Wives who made great demands on their husbands. As one Indian wrote later “I don’t think they realised what a menace they were. If the memsahibs had stayed in Britain there might never have been a Mutiny”.

“An inspiring and entertaining talk which gave us a fascinating insight into the life and politics of British India and held our members spellbound. A resounding success, leaving us all wanting more”. Manchester Luncheon Club. 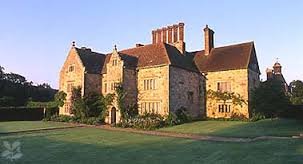 FROM JOHN FREELAND TO RUDYARD KIPLING

Long before Kipling bought it for his family home, the National Trust property Batemans was owned by one of my distant ancestors, John Freeland.

John Freeland left money for a Bread Charity. His brother Henry, gamekeeper to the infamous Webster family, apparently fathered a couple of baseborn Henrys on his travels between the Webster estates in Battle, Robertsbridge, Bodiam and East Grinstead. Parson William Levett made cannon; Thomas Brassey built railways; Hilaire Belloc wrote books and poems. Picking up from their stories, this talk attempts a personalised look at life in the County around that time - the period ‘from John Freeland to Rudyard Kipling’.

The above Talks each last about 45 minutes, and DO NOT REQUIRE projector or screen. The only local requirements are a jug of water and a glass - and whatever amplification your members are used to.

I now have available THREE POWERPOINT PRESENTATIONS,  and TWO SEMI-STAGED PRESENTATIONS.
For details CLICK on Presentations.

A Talk plus A Presentation could provide a full evening’s programme for a theatre or arts centre - or perhaps for a festival.
For details CLICK on Double Bills.

“An absolutely fascinating talk. The many wonderful stories and quotations made it so poignant, and really brought it to life.
A most stimulating evening. Thank you”.        Rona Musker; Staunton Group W.I.